In 2011, Lewis mocked Duncan’s lisp, and specifically one of his go-to sayings, “Education is the civil rights issue of the 21st Century.” 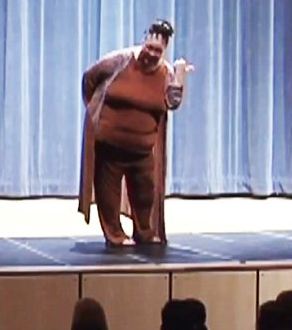 Now, in an interview with Chicago Magazine, Lewis ups her criticism of Duncan.

CF: So you see the commerce job as irrelevant to anything you’re interested in. How about another cabinet position, secretary of education? Arne Duncan is staying on for the second term. Cabinet secretaries don’t generally last one term, much less two. Would you like to see someone else in that job?

KL: Yes. Arne Duncan is totally unqualified, embarrassingly unqualified. Why does Arne get to stay on? That is one position that Obama can say he’s reaching across the aisle.  Republicans love Arne.

CF: So you believe it matters to public school children who the education secretary is?

KL: Of course it matters. I would have liked to have a real leader for public education in that job.

The future of America is bleak when our children are in the hands of such individuals.

In an encore performance, here’s Lewis tapdancing on Duncan’s forehead: