WASHINGTON, D.C. – In a recently published article about racial unrest at the University of Missouri, the Rev. Harry R. Jackson Jr., gave an honest assessment of the concept of “white privilege.”

Jackson, a black man who serves as senior pastor at Hope Christian Church in Washington, D.C., believes that “white privilege” exists. But he also believes that many black people, and well-meaning white people, are wasting their time focusing on the topic.

“The people – white and black – who are shining the light on white privilege must understand that focusing on it will, in and of itself, bring no measureable improvement to the lives of black people or other minorities, “ Jackson wrote.

“Our real focus should be upon how people of every race can set and achieve their personal goals. My grandfather grew up in a level of material poverty that is virtually unknown in our country today. 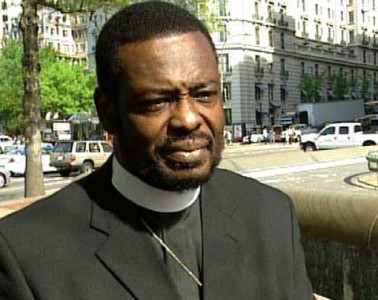 “Early on he did not have indoor plumbing and only a grade-school education. He did not rise above this situation and make a better life for our entire family by bemoaning the advantages that white people had. He focused wholeheartedly on what he could control, not on how other people thought about him.”

Hard work and social stability are the only reliable tickets to social advancement, for blacks or other minorities, he wrote.

“If blacks and Latinos wish for more than superficial gestures and condescending lip service, they must understand that blaming white privilege is toxic to actual advancement.

“We must envision strategies that will give millions of urban youth incentives and strategies to earn their way out of poverty. Children of color – especially those living in poverty – need stable families, or failing that, dedicated mentors.

“They need rigorous education, strong work ethics and emotional resilience. It is absolutely true that wealthier children can make horrible decisions without facing nearly the level of painful consequences that poorer children do, which is why I continue to advocate for criminal justice reform. But even with second chances, people must learn to live responsibly in order to break the cycles of generational poverty.”

“What most black college students need far more than more diversity programs is a stronger academic foundation before they even think about applying to college,” Jackson wrote. “In Missouri, for example, the average African-American high school graduate in 2014 scored between a 16 and 17.7 on the ACT.

“These numbers are more than four points lower than the state average and indicate that the overwhelming majority are not ready for college-level work. Addressing those numbers might prove more productive for advocates who want to see more black students at the flagship state university.”

“At the end of the day, whites who want blacks to listen to them, or support them politically, would do well to develop empathy for those who may have had a radically different experience in America than they have had.

“And those who are serious about improving the lives of minorities in this country must focus on substantive improvements in family stability, job creation and education, recognizing that without these, nothing will get better.”