VERNON HILLS, Ill. – About 17 female students donned headscarves last week to learn what it’s like to “Walk a Mile in Her Hijab.”

The Vernon Hills High School 10-member Muslim Student Association hosted the event last Wednesday as a means of explaining their culture to their non-Muslim classmates. MSA president Yasmeen Abdallah told the Daily Herald the group wrapped 17 female non-Muslim students with hijabs in what they hope will become an annual event at the school. 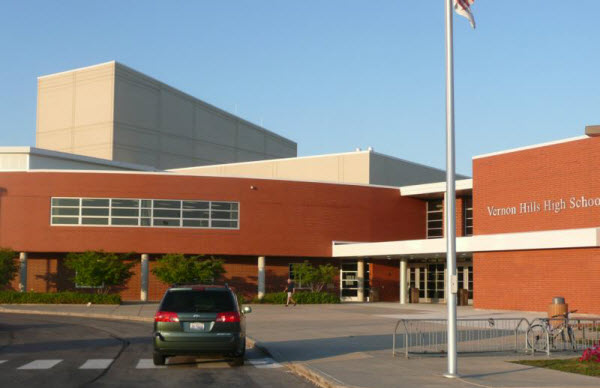 “You can’t really understand or judge a person and their beliefs until you understand why they do it and what it’s like for them to do what they’re doing,” Abdallah said. “This event is to hopefully denounce negative stereotypes.”

Six MSA members explained to their classmates why they wear the covering – because God demands it in the Quran – and “teachers and students at the school were encouraged to ask questions about the hijab when they came across a student wearing one,” according to the news site.

The event, reportedly planned well ahead of the recent terrorist attacks in Paris and San Bernardino, is the brainchild of students who wanted to explain their faith to non-Muslim students, according to principal Jon Guillaume, who supports the effort.

“I think it is a difficult time to be a Muslim student in our high school, in our community, and in America,” Guillaume told the Daily Herald.

“I think this is an opportunity for our kids to embrace the Muslim community within our school. For other kids outside of this organization to (understand) what it’s like for these girls to walk through our halls in this garment in a way that stands out from other kids,” he said. “So, I’m proud of them.”

Junior Charli Mosley was thankful for the school-sponsored opportunity to learn about the Muslim religion.

“I wanted to learn more about the religion, considering my uncle is also Muslim,” Mosley said. “With more people wearing a hijab around school, it could bring more acceptance to the religion and have more people become more aware.”

Many folks who commented online questioned whether students received a full explanation of how women are treated in the Muslim community.

“’Islamic beliefs’ include killing anyone who does not submit to Islam and lying about anything as long as it is done in the name of their God,” ugly_American posted to Fox News. “Do these girls really understand what they are asking acceptance for?”

“If this was something to do with Christmas they wouldn’t do it!” Supergrany wrote. “This is why we are so weak that our own people are empowering the terrorist as acceptance of their beliefs.”

“Those girls need a lesson on what Sharia law means to women,” linaet commented. “I doubt they would like to live as a Sharia sex slave.”

“I have a serious problem with this,” Ray Eaton wrote to Facebook. “We take Christianity and prayers out of school, but this is allowed! We are not allowed to put up Christmas or Easter decorations at schools but this is allowed. Why is this acceptable?”

“In support of diversity, maybe the Muslim students should go a day without their headdresses?” Bob Waninski suggested.

The American Thinker pointed out “this is not the first time hijab jihad has reared its head in our schools.  This past year, similar events were scheduled and/or held in California and Ohio.  (See here, here, here, and here.)”