UT issues ‘inclusive’ guidelines: ‘Ensure your holiday party is not a Christmas party in disguise’

KNOXVILLE, Tenn. – Beware of the insensitivity of “Secret Santas.”

That’s one of the recommendations issued by the University of Tennessee Office of Diversity and Inclusion.

The school has issued a series of guidelines titled, “Best Practices for Inclusive Holiday Celebrations in the Workplace.”

Among them, “Holiday parties and celebrations should celebrate and build upon workplace relationships and team morale with no emphasis on religion or culture. Ensure your holiday party is not a Christmas party in disguise.”

And then there’s, “Holiday parties and celebrations should not play games with religious and cultural themes–for example, ‘Dreidel’ or ‘Secret Santa.’ If you want to exchange gifts, then refer to it in a general way, such as a practical joke gift exchange or secret gift exchange.” 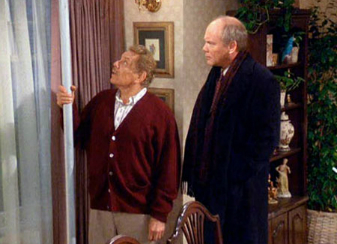 And also, “Refreshment selection should be general, not specific to any religion or culture.”

Several lawmakers are now demanding the resignation of the school’s chancellor over the recommendations.

“I think this is just terrible,” U.S. Rep. John J. Duncan tells the Knoxville News Sentinel. “The people on the far left who always claim to be tolerant seem to be tolerant of everything except traditional Christianity. … They don’t object to Jewish traditions. They don’t object to Muslim traditions or Hindu or anything else. But then they try to take down crosses or tablets or displays that have the Ten Commandments on them. Or they just seem to go unhinged when there’s anything that even hints at traditional Christianity.”

“The Office of Diversity is not welcoming to all and hostile to none as they claim,” says Senate Education Committee Chairman Dolores Gresham. “By placing a virtual religious test regarding holiday events at this campus, every student who is a Christian is penalized.” Bell added that public university resources, supported by taxpayer dollars, should be used “to give our students a world class education.”

School administrators, however, are defending the “inclusive” party recommendations.

“This isn’t unlike what other institutions are doing; just like the former controversy … people raced to make a mockery of what we were doing here and then found out that actually we were kind of in the minority, that most institutions have been doing these things, UT is just catching up.”

The University of Tennessee was criticized earlier this year when the same office issued guidelines for using gender-neutral pronouns.

A recent article posted by the school’s Office for Diversity and Inclusion pointed out by Local 8 tells instructors they should inquire about students’ preferred pronouns during class roll call, because some now prefer terms like “ze, hir, hirs, and xe, xem, xyr.”

“In the first weeks of classes, instead of calling roll, ask everyone to provide their name and pronouns. This ensures you are not singling out transgender or non-binary students,” the University of Tennessee article reads. “The name a student uses may not be the one on the roster, and the roster name may not be the same gender as the one the student now uses.

“This practice works outside of the classroom as well. You can start meetings with requesting introductions that include names and pronouns, introduce yourself with your name and chosen pronouns, or when providing nametags, ask attendees to write in their name and pronouns.”

The University goes on in the article to suggest numerous gender-neutral options that don’t actually exist in the English language, but instead are dreamt up by those who don’t conform to the restrictive “male” or “female” gender identities.

“These may sound a little funny at first, but only because they are new. The she and he pronouns would sound strange too if we had been taught ze growing up.”

“They said oh you don’t really have to follow these. They are just put out as suggestions, but this is an official office of UT and this is an office funded by taxpayer dollars and to continue to put out foolishness like this is offensive to the vast majority of the taxpayers and citizens in the state of Tennessee.”