The demands and others were included in a petition submitted to Oberlin College President Marvin Krislov before the winter break, and The Chronicle-Telegram reports Krislov posted his reply to the school’s website Wednesday: No.

Krislov wrote in a prepared statement that the demands “contravene principles of shared governance.” 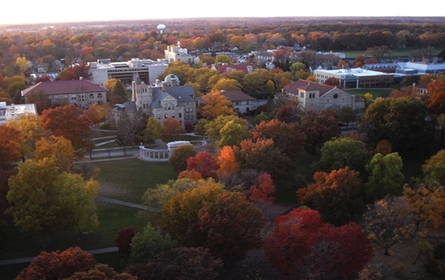 “I will not respond directly to any document that explicitly rejects the notion of collaborative engagement,” he said.

The president said he’s receptive to “frustration and the desire for change at Oberlin contained in the document which echoes national themes and concerns about racism and justice.”

But the solutions proposed through the 50 demands in the 14-page document produced by members of Oberlin’s Black Student Union, known as ABUSUA on campus, are “deeply troubling,” Krislov wrote.

The document “contains personal attacks on a number of faculty and staff members who are dedicated and valued members of this community,” Krislov wrote, according to Inside Higher Ed.

Cleveland.com reports most Oberlin students are currently off campus for a month-long winter term.

The petition concluded with “these are demands and not suggestions.”

“If these demands are not taken seriously, immediate action from the Africana community will follow,” it threatens.

So far, it’s been mostly alumni speaking out on Krislov’s response.

“I welcome legitimate discourse and the openness of Oberlin’s administration and faculty to continue its mission of fairness in all respects to all races, religions and genders,” alum Thomas Shepard wrote. “I also must applaud the patience of Dr. Krislov and others who are doing their utmost to separate legitimate demands from juvenile outbursts.”

“Common sense based on any human experience should dictate that demanding respect leads to a lack of respect in those from whom it is demanded. It does not require a degree from any school to comprehend the silliness of these students’ attack,” wrote Fiona Hughes, class of 2010. “14 pages of nonsense is hard to take seriously, and President Krislov is very kind not to laugh it off.

“I think President Krislov’s response is the appropriate response,” Andy Zvara wrote. “After reading the students’ missive, it occurred to me that a course on conflict resolution should be required at freshman orientation.”

“I am heartsick at hearing about these demands. Martin Luther King would also be heartsick. These students want to be judged on the color of their skin, not on their character. I am so grateful that I attended Oberlin in the ’50s. I loved Oberlin for its variety of students who all mingled together. I had black and white, Christian and Jewish friends. We’re all humans under the skin, and we belong together, not in separate groups,” Jane Coryell posted.