SACRAMENTO, Calif. – Hundreds of illegal immigrant college students in California will soon receive state funds in the form of low-interest loans to pay for their higher education. 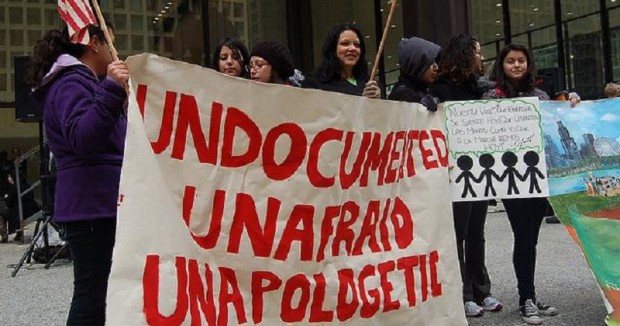 A new California DREAM Loan Program will provide millions in state funds to the University of California and California State University systems to offer loans to illegal immigrants for college tuition, The San Diego Union-Tribune reports.

About $5 million in funding will be provided to UC students, and CSU students can apply for about $2 million in loans, totals that are split between the state and the schools.

UC spokeswoman Claire Doan told the news site the funding “helps alleviate the burden for undocumented students, many of whom are often forced to take quarters/semesters off or take on outside jobs to offset the cost of tuition.”

But many folks are questioning why the state is giving out money to help immigrants who broke the law and entered the country illegally when so many law abiding citizens are struggling.

“These taxpayer-funded loans should be available to veterans who have served this nation,” said Robin Hvidston, executive director of We the People Rising, an anti-amnesty grassroots group.

“Why not aim this program to specifically help American foster care children?” Hvidston questioned. “This is discrimination against U.S. citizens who are not able to partake in the program.”

“There are a lot of people in California who are struggling,” Mahlman said. “Their kids want a good education. Even with the availability of federal loans, it doesn’t come close to meeting the needs of these many families.”

The California DREAM loans allow illegal immigrant students to borrow up to $4,000 for the current academic year at a 4.29 percent interest rate, retroactive to the beginning of the year. Students will be required to begin repaying the debt after six months, the Union-Tribune reports.

“(The) DREAM Loan Program really helps those undocumented students how have limited options to pay for their education,” Doan told the Daily Californian in an email.

The news site points out that as many as 3,000 illegal immigrant students are expected to secure loans through the state program, though some schools, such as UC Berkeley, is already offering loans.

“We’re thrilled that there’s finally a great, stable statewide access to this program,” Feldman said. “Every dollar spent will help to make bigger and better things possible for undocumented students across California.”

California is only one of five states that allows illegal immigrant students to receive state grants for higher education, and state Sen. Ricardo Lara – sponsor of the DREAM Loan Program legislation signed by Gov. Jerry Brown in September 2014 – is hoping the new loans will inspire other states to follow California’s lead.

“I’m very proud of the fact that California has always led when it comes to providing much-needed resources for our undocumented student population – understanding that they are here, that this is their home and that many of them were brought here not out of their own volition,” Lara told the Union-Tribune.