It’s a standing tribute to American capitalism, and the success that entrepreneurs of all races can experience in a free market economy.

Of course PEG’s overt mission is to improve educational opportunities for black and other minority children. 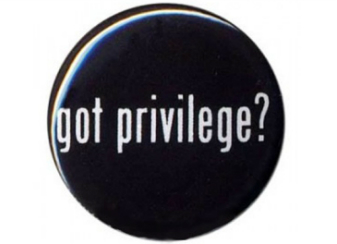 The company sells the notion that the American education system is unfairly based on traditional white cultural norms (white privilege in schools) to the benefit of white students and the detriment of minorities.

The product it sells to schools involves training for teachers and other staff members, so they can better understand and relate to the needs of minority students.

One might assume that PEG’s founder and president, Glenn Singleton, who is a black man, wants better instruction for minority kids so they can follow his path and become successful participants in the American economy.

Yet PEG has working relationships with a number of radical progressive academics who condemn American capitalism and society in general.

These academics seem intent on convincing minority students that the education system, and American society in general, are biased against them. Instead of motivating students for success, they seem like they want to convince them they are victims of an unjust society that requires radical transformation.

The fact that PEG takes advantage of the free enterprise system to make a lot of money is beyond dispute.

EAGnews.org recently surveyed a small sampling of school districts that contracted with PEG during the 2014-15 school year, to determine how much they paid for the consulting services.

Eighteen school districts reported paying PEG a combined $1.56 million in that one year. Seven of those districts paid the company six figures:

That’s a pretty significant haul for PEG, in and of itself. Then consider that PEG listed 183 districts across the nation as clients on its website last year. If they all pay similar amounts to the districts in our survey, PEG may be a very profitable enterprise, indeed.

Yet PEG has used speakers at its national conferences who condemn the ideals of private property and profit, and dismiss the notion that minority students (like Singleton once was) can work hard and succeed on their own.

One keynote speaker at the PEG’s Summit for Courageous Conversations back in 2009 was Antonia Darder, a professor who has worked at several American universities. She once gave a speech entitled “The Neoliberal Restructuring of Cities, Education Policy, and Possibilities for Social Transformation Through a Marxist Lens.”

Darder clearly has a dark view of capitalism and its impact on the nation and world.

“We must remove the blinders and see capitalism as the generator of scarcity,” she wrote in The Critical Pedagogy Reader. “Seldom do we find with the resounding praises paid to technology a discussion of how technology revolutions have exposed the wretchedness of capitalism – millions of people dying from starvation alongside unprecedented wealth.”

Another speaker at the 2009 summit was Gloria Ladson-Billings, a professor at the University of Wisconsin-Madison.

She clearly has a passion for using the classroom to indoctrinate students in leftist activism.

“This aspect of culturally relevant teaching links it closely with a critical pedagogy that argues for students and teachers alike to participate in a collective struggle,” she wrote in a published paper. “Thus, students must be challenged to ask questions about the ways that whole groups of people are systematically excluded from social benefits.”

A speaker at the 2013 PEG Summit was Sonia Nieto, a professor at the University of Massachusetts Amherst, who seems to share Ladson-Billings’ point of view.

“Despite their invisibility, questions about equity and social justice are at the core of education,” Nieto wrote in one of her books. “As such, education is always a political undertaking.”

Another speaker at the 2013 conference was educator and author Lisa Delpit. According to an article published by The Nation, Delpit is known for “introducing math concepts through problems with cultural resonance for disadvantaged kids, such as calculating the probability that the police will stop-and-frisk a black male, as compared to a white male.”

All four of the previously mentioned speakers are supporters of Bill Ayers, a Marxist educator and former member of the radical domestic terrorist group Weather Underground, which was accused of blowing up U.S. government buildings.

Ayers is a leading proponent of using the education system to recruit new radical activists.

“We share the belief that education is the motor force of revolution,” Ayers was quoted as saying in a 2006 speech to the World Economic Forum in Caracus, Venezuela.

In 2008, when then presidential candidate Barack Obama was being questioned by the media regarding his longtime friendship with Ayers, Ladson-Billings, Darder, Nieto and Delpit all signed a petition in support of Ayers, according to writer Kevin Groenhagen.

“We write to support our colleague Professor William Ayers, Distinguished Professor of Education and Senior University Scholar at the University of Illinois at Chicago, who is currently under determined and sustained political attack,” the petition reportedly said.

Those speakers, and many others, are brought to PEG conference to speak directly to teachers and administrators – the people who educate America’s children on a day-to-day basis.

What sort of message are those local educators receiving? That they should be pushing children to overcome barriers so they can soar in America’s free enterprise system, like Glenn Singleton did?

Or are they told they should be sharing a message of victimization, anger and alienation to struggling minority students throughout the nation?