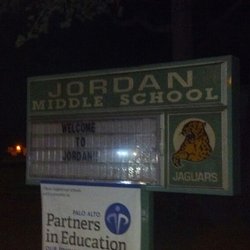 se both are named after historic advocates of eugenics, The Mercury News reports.

David Starr Jordan won accolades and scientific recognition for his work in zoology and eugenics in the late 1800s before partnering with Leland and Jane Stanford around the turn of the century to establish what later became Stanford University.

Jordan’s pivotal role in establishing the university and his scientific contributions earned recognition with a hall bearing his name at Stanford, as well as his previous employer, Indiana University. At least three schools in California were also named after him.

Lewis Terman worked during the early 20th century at the Stanford Graduate School of Education as a pioneer in educational psychology and was also a prominent eugenicist.

The decision to change the names of Jordan and Terman middle schools “culminates a year-long debate in which proponents of the name changes classified the eugenics movement and its advocates as racist and out of line with the district’s values,” the News reports. “The movement began when a seventh-grade student at Jordan Middle School wrote a book report on Jordan and shared what he had learned about the school’s namesake.”

Lars Johnsson told NBC Bay Area in 2015 that his then 13-year-old son Kobi Johnsson’s book report opened his eyes to Jordan’s past. But instead of pushing for more lessons like the one he and his son learned about Jordan into the school’s curriculum, and using Jordan’s legacy as an example of the complicated intersections of racism and eugenics and education, Johnsson simply wanted to erase Jordan’s name from the building.

He launched a Change.org petition and recruited others to his cause until the school board was forced to take action.

“It is an educational institution and is meant to reflect the 21st century values we have in Palo Alto,” Lars Johnsson said. “To David Starr Jordan it was very obvious that only the white race is intelligent and that the fact that you’re not white you cannot be intelligent … that is so contrary to what we believe in, what the district preaches, the achievement gap we’re trying to work on, that he clearly is the wrong role mode just for that belief.”

District assembled a committee eight months ago to study the name changes, which are estimated to cost about $60,000. Last week, school board members also voted to “incorporate a unit about California and Palo Alto’s role in the history and impact of the eugenics movement into the history curriculum of secondary schools by next school year,” according to the site.