“The problem I’ve noticed here as principal is that students are coming to school but they are not going to classes when they get here,” said Love, who started at Harrisburg High in January. “Many parents send their kids to school and they’re thinking they’re going to class. I needed to reach out because of the enormous number not going to class.” 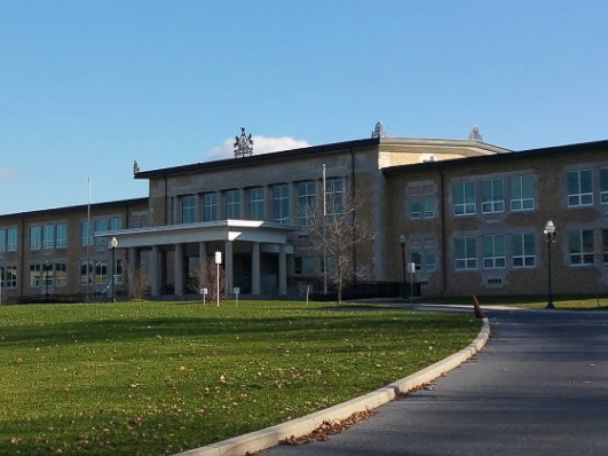 Her solution to students skipping class: suspension for anyone with a total of 35 absences – roughly a week of classes for students expected to attend seven classes per day. On Monday, Love sent out suspension notices to 500 of the school’s 1,100 students, PennLive reports.

“This was a hard decision for me to make,” Love said of the suspensions, “but I had to get the attention of the community to let them know that we are here. And we’re about to do some wonderful things for students and the community and we want this to be a school that everyone is proud of. And this was probably the eye opener we needed to make that happen.”

About 100 students served their suspensions on Tuesday, while the remainder are scrambling to provide documentation to justify their absences. About 40 special education students with excessive absences were also dealt with separately, according to the news site.

Love contends the “radical” approach was necessary to regain control of the school and set a new level of expectations for students.

“If you’re not in class, all you’re here to do then is to wreak havoc upon the school and disrupt the work that we are trying to do here,” she said. “And that’s to focus on student achievement.”

Superintendent Sybil Knight-Burney described the suspensions as a “wake-up call.”

“In order for us to get different results, we have to do something different,” she said. “We can’t do the same ol’ same ol’ and then complain about it when we’re getting the same ol’ results.”

And the results have not been good.

Last year’s Keystone test scores showed 7.3 percent of Harrisburg High School students performed as proficient in biology; 11.7 percent in algebra and 28.8 in literature. The state averages for those subjects, meanwhile, were 64.5 percent, 59 percent and 72.89 percent.

The school’s graduation rate increased to 52.78 percent in 2015, but still fell short of the statewide average of 84.75.

“We don’t like to suspend. I don’t even like talking about suspensions,” Love told Fox 43. “But because we’re in a place where our school is a priority school, we need to send the message that we value education first.”

School officials held a press conference and meeting with parents on Wednesday to explain the suspensions, and at least some parents said they don’t see the logic in forcing students to stay home as punishment for missing classes.

“What does that teach them?” parent Shanelle Franklin questioned. “They’ve got senior projects to do.”

Regardless, assistant principal Keith Edmonds said students who continue to ditch class will miss out on other high school milestones. The new attendance policy also bans students with more than 15 unexcused absences from attending prom.

They could also be forced to sit out graduation ceremonies, as well, he said.