BERKELEY, Calif. – Pablo Gomez Jr., a 22-year-old radical social justice warrior who allegedly stabbed a woman to death in South Berkeley, prefers the gender pronoun “they” instead of “he.”

Berkeleyside reporter Emilie Raguso pointed out that the media was improperly using the “he” pronoun for the University of California Berkeley student in the wake of what police described as a “very brutal and unusual” death of 27-year-old elementary school teacher Emile Inmann in January, the Associated Press reports. 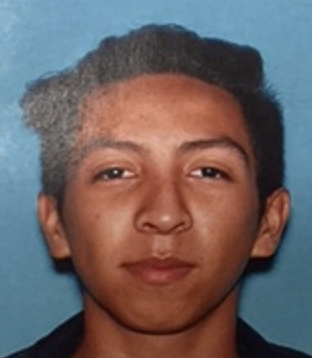 And the response from the public is exactly what one would expect.

“I think you give away your right to make a demand like that when you are arrested for killing somebody,” UC Berkeley junior Jonothan Chow, member of the College Republicans, told the news service.

Several gay rights groups and the college’s Gender Equity Resource Center refused to discuss the controversy, but conservative commentators and others online are making up for the silence.

“Is this for real?” one commenter wrote in response to Raguso’s story, according to the Daily Caller. “Dude (allegedly) kills someone and we’re worried about the pronoun he goes by? Who cares!”

“Who the hell cares what pronoun he/she/it prefers to be called by?” another wrote. “I’ll bet his victims would have preferred not to be stabbed.”

Ann Coulter also chimed in on Twitter, posing the question: “Should murderers get to choose their gender pronouns?” The response from her followers was a resounding “no!”

According to the AP:

Victim Emile Inman, a 27-year-old native of France, was found in her home in January with a “We Stand with Standing Rock” sign in the front window she shared with other young roommates a few miles from campus.

Hours earlier on Jan. 6, police found Kiana Schmitt, 24, seriously injured outside an apartment just north of campus. Police have declined to say how Schmitt was connected to Gomez.

Gomez was arrested Jan. 7 at a Burbank hospital near the Southern California home of Gomez’s parents. Gomez is being held in jail and is accused of killing Inman and assaulting Schmitt.

Gomez’ Facebook page shows the “Chicanix/Latinx Studies” major was active in numerous far left causes on campus, including the Alliance for Climate Education, the Queer Alliance & Resource Center, and pro-Palestine and anti-Israel groups.

The Alliance for Climate Education website included an image of Gomez posing alongside California Gov. Jerry Brown, until Coulter pointed out the connection and the page was removed.

Gomez’ Twitter account features scores of racist messages against whites, including “The United States is a violent white supremacist settler empire whose only fate is annihilation,” and “Why the f**k do white people always think they’re victims do you not understand you are the world’s #1 perpetrators.”

Twitter user The Patriarch Tree linked to the latter comment, and pointed out the obvious: “Ironically, Pablo Gomez Jr. … is now the accused perpetrator, after he allegedly murdered a white woman.”

Perhaps not surprising, Gomez was also featured in a video posted to The College Fix’s YouTube page last fall that showed him attempting to rip away a life-sized Donald Trump cutout from College Republicans on the UC Berkeley campus.

He’s currently facing counts of murder, attempted murder, assault with a deadly weapon and robbery. Gomez was ordered to undergo a mental health evaluation after he was escorted out of a court hearing by police kicking and screaming on Feb. 1, the AP reports.