ATLANTA – Atlanta school officials are teaming up with anti-hunting and anti-meat activists to promote a meat-free Earth Day in the city’s schools, which are serving only “plant-based” meals like kale smoothies and baked buffalo cauliflower on Friday. 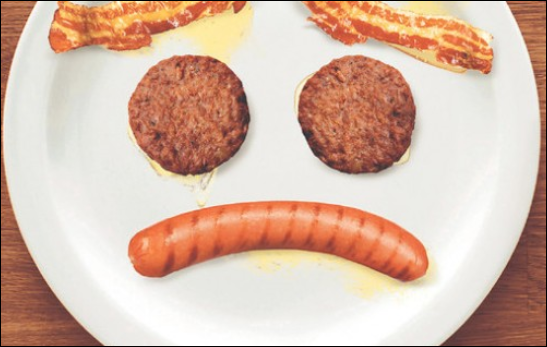 HSUS is known for waging political wars against hunters in states across the country, most recently with a failed initiative to ban black bear hunting in Maine, efforts to kill wolf hunts in Michigan and Wisconsin, a campaign against Florida’s black bear hunt, and attempts to block the removal of recovered grizzly and wolf populations from federal protections.

The Center for Consumer Freedom highlights how HSUS raises funds through its supposed connections with animal shelters, then uses the funds to promote a radically liberal political agenda.

“The Humane Society of the United States is a ‘humane society’ in name only. It isn’t affiliated with any hands-on ‘humane society organizations, and it doesn’t operate a single pet shelter or pet adoption facility anywhere,” according to the Center’s website.

“During 2008, HSUS contributed barely $450,000 – less than one-half of one percent of its budget – in grants to dog and cat shelters,” it continues. “By comparison, that same year it gave $2.25 million to a political campaign committee behind an anti-meat ballot initiative in California, and put $2.5 million into HSUS’s executive pension plan.

“HSUS is the wealthiest animal-rights lobbying organization on earth. It agitates for the same goals at (People for the Ethical Treatment of Animals) and other radical groups, but uses fewer naked interns.”

HSUS’s anti-hunting, anti-meat crusade is part of a broader effort to force the public into a vegetarian lifestyle that’s increasingly creeping into public schools.

HSUS and other like-minded groups have pushed all-vegetarian menus in schools and colleges across the country for years through “Meatless Monday” campaigns in places like Dallas, Buffalo, Detroit, Houston, Los Angeles, Boston and numerous other locations, EAGnews reports.

Earlier this month, the war on meat turned its focus to the Los Angeles and San Diego school districts, where the Physicians Committee for Responsible Medicine, a Washington, D.C.-based anti-meat group, filed a lawsuit to block schools from serving students processed meats like turkey pastrami, turkey hot dogs, beef sausage, and bacon.

The lawsuit alleges the school districts are violating state education codes that require the “highest quality” foods with the “greatest nutritional value possible,” based on an alleged “association between processed meats … and developing cancer, diabetes, and cardiovascular disease,” KPCC reports.

And while meat producers and health advocates have defended against the attacks by pointing out the many health benefits of eating meat, the overall effort to force students and others to eat less of it seems to be working.

According to a 2015 article in The New York Times:

The Texas cattle inventory has dropped by more than 22 percent since 2011, mostly because grazing land has been lost to drought and suburban development. Three years ago, more than five million female cows in Texas were bearing calves. Today, that number is about 3.9 million …

Rising prices, more health-conscious consumers and the rise of efforts like Meatless Mondays, aimed at convincing people that paring down on meat is good for them and the planet, have dampened consumption.

Americans eat the equivalent of about 54 pounds of beef a person each year, down from about 65 pounds a year in 2007.