MYSTERY: Where is TN teacher who abducted student love interest a month ago?

COLUMBIA, Tenn. – The Tennessee Bureau of Investigation is continuing its investigation into the alleged abduction of a 15-year-old student by her teacher a full month after the two disappeared.

TBI officials believe former Culleoka Unit School teacher Tad Cummins kidnapped 15-year-old Elizabeth Thomas and fled Tennessee on March 13, days before he was fired from the school district over an allegedly inappropriate relationship with the teen. 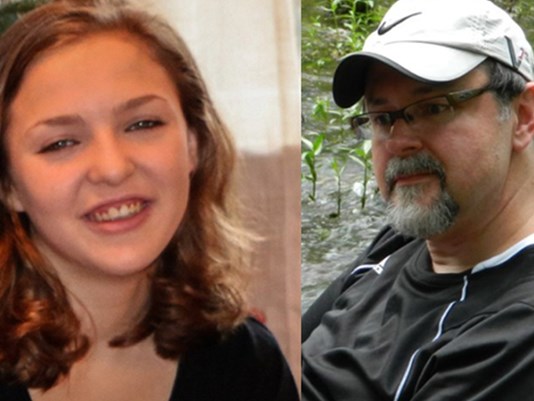 Both Cummins and Thomas allegedly met up at Shoney’s gas station in Columbia, Tennessee before leaving in his Nissan Rouge. Authorities believe Cummins is armed with two handguns.

Thomas was briefly spotted in Decatur, Alabama the same day she went missing, and surveillance video from an Oklahoma City Walmart shows the two changed their appearance before buying supplies there on March 15, the Tennessean reports.

The two used cash to buy food at the Walmart and left the store, officials told WFLA.

TBI investigators issued a nationwide Amber Alert last month, but the two have not been spotted since the stop in Oklahoma City.

“Investigators believe Cummins was aware that there were so many cameras and they may have had plans to be seen and divert police,” WTVF reports. “Wednesday marks 30 days since Elizabeth Thomas went missing.”

TBI officials told the news site they’ve received over 1,000 tips in the case, none of which have been helpful.

The TBI added Cummins to its Top 10 Most Wanted list March 17, days before Cummins’ wife held a press conference to plead with her husband to turn himself in to authorities.

“We can help you get through this. No matter how far you’ve gone or what is happening right now, God’s grace is sufficient for you and he wants you to come home,” she said, according to KTLA. “Tad, this is not you. This is not who you are.”

Police announced this week that Cummins left a note for his wife they believe was intended as a diversion to buy time for the abduction, though District Attorney Brent Cooper would not reveal its contents, WTVF reports.

“Cooper also said Cummins in on blood pressure medicine and may be in need of a prescription refill soon,” according to the news site.

Authorities speculate the two could be anywhere, including Mexico, as Cummins took out a $4,500 loan days before they departed.

Anthony Thomas, the teen’s father, has filed a petition with the court in early April in an attempt to compel potential witnesses to provide more information about the relationship between his daughter and Cummins, who he alleges was “stalking” the girl, ABC News reports.

The court filing alleges Elizabeth Thomas “began feeling guilty” for Cummins’ suspension from the school and the teacher “played upon this guilt.”

“Moreover, evidence has surfaced that (Elizabeth) became fearful of Cummins’ reaction to his suspension and her belief that he would punish her in some way for it,” the petition said.

The court filing alleges the teen “had told various siblings and/or friends that she was scared of Cummins and that she felt ‘in over her head,’” ABC News reports.