AUSTRALIA – The Victorian government in Australia spent $21 million to promote “Respectful Relationships” in schools, including a “feminist guide” for lessons about “white male privilege.”

The government is promoting the program in 120 schools that includes a teaching guide called “Fightback” that helps educators craft lessons for high-schoolers about “negative attitudes towards gender equality that contribute to high rates of sexism and discrimination and ultimately … violence against women,” 9Honey News, an Australian news site. 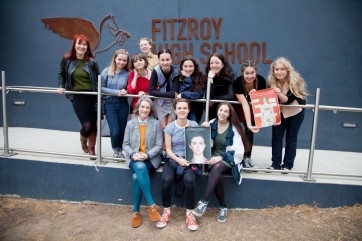 The guide was crafted by Fitzroy High School teacher Briony O’Keefe, who has been hard at work promoting sexism to her students for years through “feminist collectives” she helped start at her school and others.

The “Fightback” feminist curriculum was developed by O’Keefe’s Fitzroy High School Feminist Collective in 2015, and it includes 30 lessons on sexism, objectification of women, violence against women, gender inequality, privilege, patriarchy, the gender wage gap and other issues.

“We’re trying to get young men and women to think a bit more critically about the sorts of sexist behaviors they might either engage in or see on a daily basis,” O’Keefe told The Age when she debuted the curriculum in 2015.

According to 9Honey News:

The guide aims to teach about “privilege”, and suggests classroom activities to help students better understand the notion. One such activity asks students to role play identities such as stay-at-home mother, an indigenous transgender male and a male CEO, and then consider how they would feel in the role under particular circumstances, such as “walking home alone at night” or their career being affected by having a baby.

Fitzroy High School Principal Pauline Rice told The Australian feminist curriculum is great because it’s “all about encouraging students to think about the expectations and limitations placed on people because of their gender and what that can mean for people in their life.”

The Victorian government’s $21 million bid to expand the focus on “Respectful Relationships” is a clear sign the feminist message will reach far and wide, but Australian Catholic University research fellow Kevin Donnelly thinks it could cause more damage than good.

“As the royal commission told us, 25 percent of domestic violence victims are men, men die earlier than women and young men have greater rates of youth suicide and self-harm,” he told The Australian. “We shouldn’t be reinforcing these tired old stereotypes and simplifying the issue. It’s potentially very damaging.”

The feminist curriculum is not mandatory in the Province of Victoria, but is actively promoted by the government.