KANSAS CITY, Kan. – About 2,000 educators, social justice warriors and other activists will descend on Kansas City this weekend for the 18th annual National White Privilege Conference, a three-day discussion about how “white supremacy” ruins the world.

This year’s conference is titled “Organizing. Strategizing. Taking-Action. Deconstructing the Culture of White Supremacy and Privilege: Creating Peace, Equality and Opportunity in the Heartland,” and it runs from April 27-30 at the Marriot Downtown Kansas City. 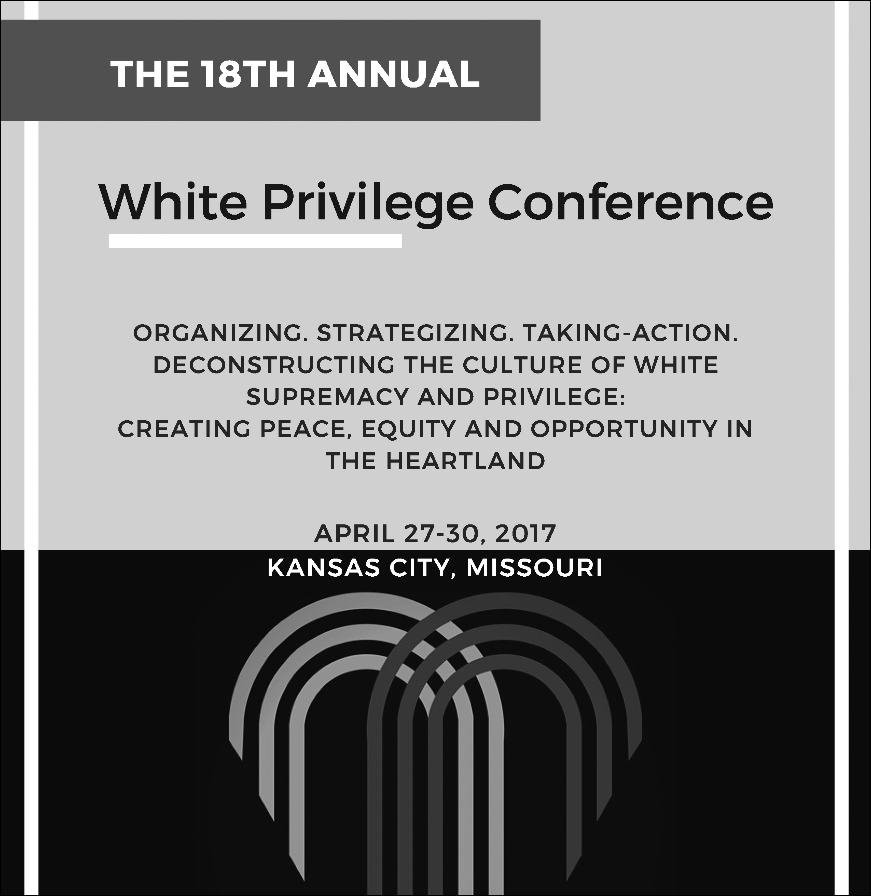 “Our vision is to build a community committed to dismantling white privilege, white supremacy and oppression, every day, everywhere,” The Privilege Institute founder Eddie Moore Jr. wrote in the event’s program. “WPC fosters an environment where every participant can engage deeply, and then through our Accountablity program, bring what we have learned back to our own communities so that our WPC experience impacts our lives, workplace, and community all year long.”

The 2017 conference features a wide variety of workshops and caucus groups for adults and students that focus on race, racism, perceived white privilege, black oppression, and other “racial justice” issues.

Student workshops include “Understanding White Privilege through dialogue: An invitation to connect,” “#NoFilter: Social Media Filters & Whiteness,” “We the People: Analyzing White Privilege and Presidential Politricks Through A Hip Hop Lens,” “For White Allies When A Safety Pin Isn’t Enough: Moving from Education To Action,” among others.

According to the Kansas City Star:

Start with the city’s public health data that show that people living in the central city’s ZIP code area have a life expectancy that is 13 to 15 years less than for those in ZIP codes in the Northland or along State Line Road.

Many people have been trying to understand and ease the disparity in quality of life and opportunities on either side of Troost Avenue’s racial divide.

“Kansas City has issues,” (said Seft Hunter, executive director of Communities Creating Opportunity.) “We have work to do.”

The conference is championed by a radical sect of educators from the organization Rethinking Schools, which promotes the concepts of white privilege and the conference itself to teachers across the country. In 2014, EAGnews attended the White Privilege Conference in Madison, Wisconsin to cover some of the sessions.

Moore, the conference’s founder, told Grinnell College’s student publication The Scarlet & Black the country’s race problems originated with the founding fathers, and the key to quashing white supremacy is to understand the myriad of ways whites are racist.

“I think one of the most important things about white privilege is it’s a big part of how our nation got started,” Moore said. “I think we have, now in our nation, tried to create a more inclusive and diverse place. But I think why it’s so challenging is that … we’re trying to change a structure that we don’t understand.”

A critical component of changing America’s racist white supremacist system involves uncovering bias for all to see, that’s why WPC 18 organizers are promoting a special smartphone app that will be unveiled this year to report racists.

“The Institute for Research & Education o Human Rights is excited to be launching a new smartphone app at WPC18. It is called ‘Trepper’: the anti-bigotry app will allow users to securely capture incidents of bigotry on video, notify users of local incidents and events, and harness the power of social networks to report,” according to the WPC18 program. “It provides a toolkit for anti-bigotry organizing and security, and share (sic) the latest news and updates.”

And while WPC18 is rife with generalizations and stereotypes about white people that would provide the perfect opportunity to try out the new app, attendees will have to wait until they’re back home. Ironically, organizers banned all video recording and pictures for attendees.

Regardless, school districts and colleges across the country are recruiting students to attend this year’s event, which is already slated to host about 500 people fewer than the 2016 conference in Philadelphia.

Schools like Grinnell College in Iowa are offering to cover much of the cost for students, but it seems many are simply not interested in spending the weekend immersed in “courageous conversations” about race.

“While the deadline for applying was initially Friday, Jan. 27, only 8 applications (for 13 spots) had been received two days before the deadline,” The Scarlet & Black reports, “so the decision was made to push it back to Feb. 3.”

Katy Zart, program advisor for the school’s Office of Intercultural Affairs, is using President Trump to try to reel in more students to go before the conference kicks off Thursday.