HAMILTON, N.Y. – An “armed person” who caused a “dangerous situation” at Colgate University on Monday that triggered a campus lockdown turned out to be a student using a glue gun for an art project.

At 8:05 p.m. on Monday Colgate University’s official Twitter account posted “Colgate Alert: Because of a dangerous situation in the Coop, everyone is advised to leave the building.”

Fifteen minutes later: “Colgate Alert: There is an armed person at the Coop. Find a safe space and remain indoors. If you are off-campus, stay away.” 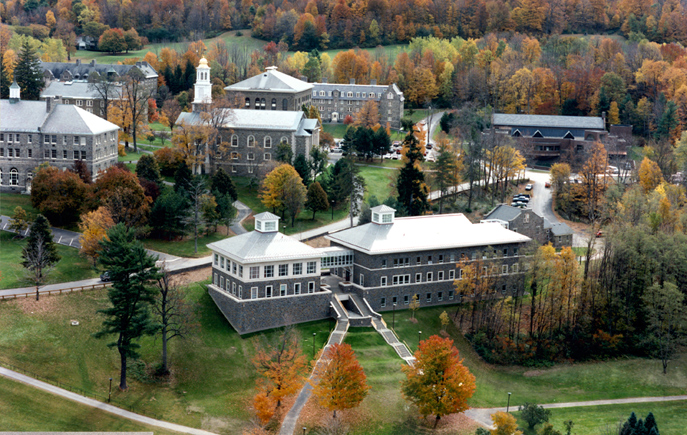 Campus officials called in law enforcement to sweep the schools O’Connor Campus Center, known as the Coop, and soon learned that what some students reported as a person armed with a weapon was actually just a student with a glue gun, according to The Washington Post.

“An emergency situation involving reports of an individual allegedly carrying a gun has been resolved after a campus-wide search,” a university press release read, according to New York Upstate.

“After thorough investigation, and with the assistance of the person in question, law enforcement identified the individual as a student who was using a glue gun for an art project, confirmed the misunderstanding, and released the campus from lockdown.”

Several students and alumni who posted about the episode on Facebook allege the glue-gun toting student was black, and chastised the students who reported the incident and college officials for racial profiling.

“Let’s not forget about the black man who was holding the glue gun and was racially profiled for being the ‘shooter,’” student Nitika Sachdev posted. “Where is the accountability Colgate?”

“This is absolutely shameful and disgusting. Nice one, Colgate students,” Jessie Adams wrote. “Proud to be an alum of a school where idiots think a glue gun looks like a weapon. No racial profiling going on here at all …”

“Are you going to have a mandatory session about what REAL guns look like?” Penny Dunn added. “EDUCATE your students Colgate, they look like ignorant fools.”

“A 3 hour lockdown over a glue gun? The kids and their families were absolutely terrified,” Marcia Lusk wrote. “How does this happen?”

Others were simply happy the incident wasn’t more serious.

“How about we just be grateful that it was a silly mistake?” Sharon Sollami posted. “Imagine if it hadn’t been.”

“Be thankful there was no gun. Be thankful some one cared enough about their fellow students to report what they thought might be a gun,” Monica Sulley wrote. “Be thankful the school did exactly what they were supposed to do. We are quick to judge the actions of others and blame external forces without knowing or understanding their perspective.”