District spokesman Mike Barber told the Bradenton Herald officials locked down the middle school and Braden River Elementary School before classes started Thursday based on reports of a man toting a rifle into the middle school. 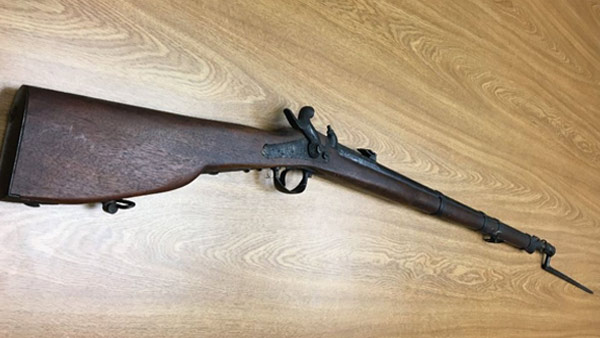 The man turned out to be a middle school history teacher who brought the replica Civil War flintlock to school as part of a lesson plan. Barber said the teacher notified a school resource officer, but the officer did not realize the teacher planned to bring the nonworking replica in on Thursday, according to the news site.

Barber told WFLA the teacher did not notify the school principal or assistant principal, and should have concealed the gun in a case to avoid setting off a panic.

“What should happen,” Barber said, “is, if you’re going to bring something like that to school, first of all it should be in a case or something where someone could not misconstrue it as a weapon.”

Officials said the lockdown was lifted around 9 a.m., shortly before the first bell.

“All clear Braden River Middle School,” the Manatee county Sheriff’s Office posted to Twitter shortly before 10 a.m. “Turned out to be a teacher with antique rifle for class. Kudos to public for see something say something.”

Barber told WFLA the teacher will not be reprimanded, but district officials are reviewing policies to ensure a similar situation doesn’t occur again. The teacher has used the replica rifle in lessons in the past without issue, Fox 13 reports.

“A teacher at our school brought in a Civil War era rifle for a demonstration in their class. This teacher had previously notified the school SRO that he would be bringing the rifle to school,” Petrilla said. “As he was bringing the rifle into the school this morning, someone saw him and reported it to law enforcement.

“Law enforcement responded immediately and began searching the school and during that process it was established that the alleged threat was actually related to the teacher with the rifle.”

Folks who commented about the ordeal online expressed mixed reactions.

“Use common sense teacher, what were you thinking?” Linda Burlingame posted to Facebook.

“What is wrong with these teachers?” Anita Howard added.

“Now they will have to bring in counselors to deal with the stress,” Nikole Ashlee wrote.