MADISON, Wis. – The Madison, Wisconsin school district is blocking students’ access to social media sites at several schools during the school day as part of a pilot project aimed at reengaging students.

School officials at East High School and Wright and Cherokee Middle Schools killed access to Facebook, Twitter, Snapchat and dozens of other social media sites on May 1, and West High School followed suit on Monday. 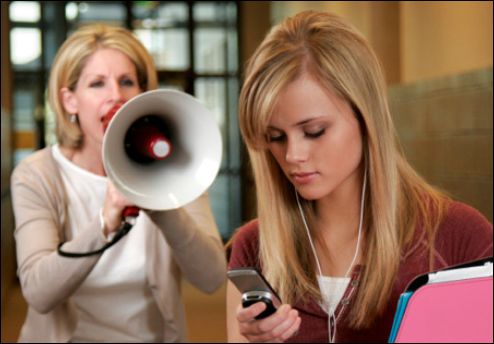 The plan is to track students at the schools through the end of the year to determine if the change made any impact on student behavior, academics, and school safety, the Wisconsin State Journal reports.

“Our students who are the most disengaged are typically the ones who are stuck on their phones and walking the halls with their heads down,” East High School Principal Mike Hernandez said. “I call it the zombie walk, and unfortunately it can lead to students making poor choices on social media with Instagram and Facebook Live.”

The reaction from students and parents is mixed, with some recognizing the need to crack down on bullying that often takes place online and others who believe the censorship goes too far, Fox 61 reports.

“A few students and a few adults have come to me and said, ‘What you’re doing is wrong,’” Hernandez said. “Some questioned whether we shouldn’t be more about teaching how to use the Internet responsibly.

“And yes, but it’s a two-way street,” he said. “We also have to make sure they understand algebra.”

The social media blackouts will apply to each school’s free WiFi service, but will not block access to sites accessed through personal cellular data plans.

“Phones are a distraction to students during class, yet they are also a valuable resource to students communicating with peers and families without a data plan,” she said. “Having WiFi shut off during school and then back on after school can solve some of these issues.”

Currently, district elementary schools require students to stash their phones away during the entire school day, but policies differ at middle and high schools, based on the preferences of school officials and teachers.

Cherokee Middle School Principal Sarah Chaja-Clardy said officials had to reassure students and parents that they would not be cutting off all communication by cutting WiFi access, and reminded them the school does have landline phones.

“They only know middle school as (their) having phones,” she said. “Every single classroom has a phone, and they are always welcome to stop in the office, and that we have land lines there. They don’t know what land lines are.”

Chaja-Clardy said Cherokee Middle School is participating in the pilot program in part to curb live streaming and recordings during the school day.

“It only takes a moment to take out your phone, click on an app and be live-streaming on Facebook Live,” she said. “It’s not that kids are even on their phone, but they see an incident and their go-to (reaction) is to take out their phone and record it.”

At West High School, principal Beth Thompson is warning parents that their data plans could spike when officials cut access to social media on the school’s WiFi.

“If your student’s phone is on your data plan, you may wish to set data limits or restrict them from accessing data during school hours,” Thompson wrote in an email to parents about the pilot program, according to the Journal.