MINNEAPOLIS, Minn. – A former St. Paul Public Schools teacher is suing the district for allegedly retaliating against him for criticizing white privilege training for teachers and related lax discipline policies that shortchanged students. 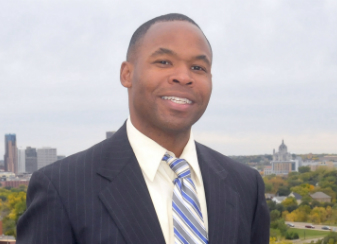 Former fourth grade teacher Aaron Benner spoke out during the 2014-15 school year about the district’s white privilege training for teachers, which reframed school policies in terms of “white privilege” and instituted “restorative justice” and “relationship building” programs in place of suspensions and other traditional discipline administrators deemed biased against minority students.

“Students are going to be unemployable if we don’t do something. Police don’t ‘talk about it’ when someone commits a crime. They arrest people.”

The highly respected 20-year teaching veteran pointed out that the district spent millions on white privilege training through contracts with the nefarious Pacific Educational Group, and his observations eventually attracted the interest of national media, including Fox News’s Bill O’Reilly.

Benner, who is black, also attracted the attention of district officials, and faced four personnel investigations over a six-month period in 2014-15, the Minneapolis Star-Tribune reports.

The alleged retaliation occurred under the watch of former Superintendent Valeria Silva, who was later ousted as increasing violence and continued assaults on teachers and others made it glaringly obvious the approach wasn’t working.

Benner took a job as an administrator at Cretin-Derham Hall private school in St. Paul last year, and he’s continued to speak out against race based school discipline policies, the toxic influence of the teacher’s union in the district, and erupting violence in schools.

He filed a lawsuit in U.S. District Court on Thursday outlining the alleged retaliation against him. The lawsuit follows an investigation from the city’s human rights department that found probably cause that both racial discrimination and retaliation occurred, the Tribune reports.

The district has maintained that the numerous investigations against Benner was not “retaliatory in any way” despite the fact that Benner previously had a perfectly unblemished record as an educator.

According to the news site:

After its investigation, the human rights department sought to mediate a settlement between Benner and the district, and to urge the district to correct its behavior. But the effort failed, leaving Benner to now press his case in court. He is seeking an unspecified amount of back pay plus damages for “mental anguish and suffering,” the complaint states.

Both Benner and school district officials declined to comment on the lawsuit.