GOSHEN, Ohio – An Ohio high school teacher is facing a sixth investigation into allegations of inappropriate sexual relationships with students, though the first five resulted in no charges due to a lack of evidence.

The Cincinnati Enquirer recently featured Goshen High School teacher David Brown, who is allegedly under investigation by the Ohio Bureau of Criminal Investigation over alleged inappropriate contact multiple students throughout his 14 years with the school district. 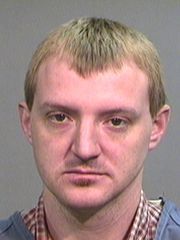 The investigation marks the sixth time Brown has faced investigators over his relationships with his students, one of which he married and another he admitted to a romantic relationship with after graduation, according to the news site.

The Enquirer found Brown joined the high school in 1999 and currently makes about $70,000 per year. He’s well liked and his personnel file contains accolades and evaluations that describe him as a “good role model for our young staff members.”

The Enquirer reports Brown was first investigated in 2003 after a field trip with another male teacher and four female students based on “suggestive implications” about inappropriate behavior. The students denied anything inappropriate occurred, as did Brown, and the other teacher moved out of state before he could be questioned.

Around the same time, a parent contacted the Ohio Department of Education because she suspected her daughter was involved with Brown, though nothing materialized from the complaint.

In 2008, Brown was again reported to the ODE for unspecified “conduct unbecoming to the teaching profession” but the ODE did not take action in the case, according to the Enquirer.

Six years later, in August 2014, an anonymous tipster called Goshen High School to claim Brown was having sex with a former student and the relationship started before she graduated.

Brown did not deny the relationship, but alleged nothing sexual occurred until after graduation.

That same month, an alleged private investigator using the name L. Denford sent an email to officials accusing Brown of inappropriate sexual relationships with students and drug use. The PI addressed the email to a Goshen schools employee whose daughter was allegedly in a relationship with Brown, according to the news site.

“I apologize for seemingly bombarding you with this information,” Denford wrote, “but since the school district has a record of overlooking his past relationships with female students … I thought it best to provide this information to someone who has a vested interest in not allowing this man to continue taking advantage of the young girls he teaches. …”

A few months later, in Oct. 2014, a former student came forward to discuss her relationship with Brown. She alleged Brown first started emailing her in January 2003 shortly after she turned 18 but before she graduated from high school. The emails started as banter about music and turned to descriptions of his sexual dreams, the student told police.

Eventually, she said she went to Brown’s home.

“He gave me wine & then began touching me & kissing me. I left that night but he asked me to come back & stay the night soon. I went back a few days later to stay the night after telling my mother I was staying with a friend. He gave me more wine & we smoked pot & had sex,” the girl wrote in a six-page statement to police.

The 2003 graduate continued to see her teacher and became pregnant in 2007, married Brown in 2009 and divorced when she found out he was in a relationship with a different student in 2010.

“I found out he was in a relationship with another girl from the high school,” the former student wrote in her statement. “I tried to make things work and asked him to see a counselor with me – but we divorced in 2010.”

The woman said she was once questioned by investigators about the relationship but lied and said it did not occur until after graduation because she was infatuated with Brown.

Brown’s ex-wife also found another former student who had sex with brown and took the complaint to Goshen police, only to find out the incident was in Adams County’s jurisdiction. Goshen police allegedly forwarded the complaint to Adams County, but prosecutors decided that “due to all the conflicting statements over the years on the case by the victim(s), they wouldn’t be pursuing any charges,” officer Tim Budai told the Enquirer.

Most recently, in November 2015, Ohio Bureau of Criminal Investigation Agent Josh Rammel emailed Goshen High School Principal Nick Inabnitt to inform him of a sixth investigation into Brown, though the results of that investigation remain unclear.

“Mr. Brown is currently under investigation through the Bureau of Criminal Investigation for multiple inappropriate relationships with students past and present through multiple police jurisdictions,” Rammel wrote. “ … The results of any past investigation not withstanding I would still request the opportunity to speak with you about Mr. Brown.”

The BCI would not confirm or deny the investigation, and Brown refused to discuss his troubles with the Enquirer.

And despite accusations of inappropriate contact forwarded to “numerous law enforcement agencies on several occasions over the course of the last 14 years,” Brown has not been suspended or put on leave, and continues to teach science to Goshen High School students, superintendent Edwards told the news site.