VALLEY PARK, Mo. – A Missouri couple is suing their daughter’s former day care after a teacher at the school alleged “hog-tied” the 4-year-old with duct tape to keep her under control.

Joseph Day told KSDK he learned from his daughter in Family sues after teacher that her teacher at Zion Lutheran Learning Center took drastic measures to ensure the girl was not disruptive during nap time, and the school allegedly tried to cover it up. 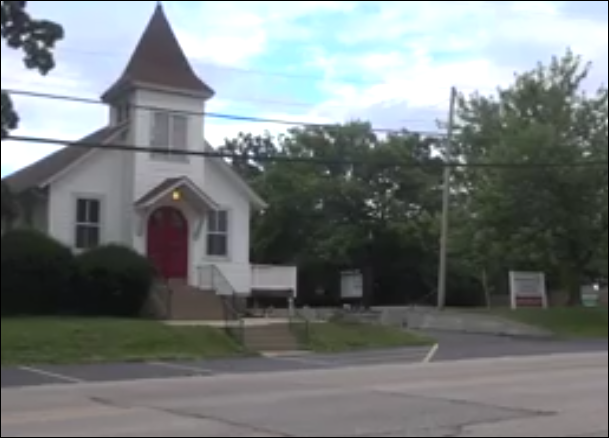 “The only reason we knew was because she started using the words duct tape,” he said. “It’s not a word familiar to her vocabulary.”

The Days pressed the 4-year-old for details about the incident, and the child said teacher Joshua Reeves taped her ankles together so she would not run around during naptime, the St. Louis Post-Dispatch reports.

“That’s when she said he tied my feet up and I tried to walk, but fell over and the class laughed at me,” Day told KSDK. “It’s extraordinarily shocking to me to think the only solution he could think of to get her to behave was to tie her up.”

The couple contacted school officials, but the response was not what they expected.

In a lawsuit filed June 9 in St. Louis Circuit Court, the Days allege school officials acknowledged the incident but refused to discipline or fire Reeves. A school director allegedly told the couple the incident occurred two weeks prior and state case workers were investigating, but officials did not notify the church’s board of directors or the girl’s family.

The lawsuit claims the school director also “took the situation one step further, and duct taped all the children’s ankles together and had them ‘play a game’ by hopping down the hallway with their ankles taped together, thus further risking even more students’ safety,” the Post-Dispatch quoted from the litigation.

“It’s shocking. It’s frustrating. You’re just in disbelief that they (the administrators) could fail you as well,” Day told KSDK.

“Whether they knew something before that could’ve protected the Days’ child, they definitely know now and they still continue to employ him,” Hollingshead said.

The Zion Lutheran Learning Center issued a prepared statement about the lawsuit.

“Recently, we have dealt with an inappropriate disciplinary response, used once, by one of our teachers this school year,” the statement read in part.

“A teacher, covering a class for the normally assigned teacher, but duct tape over a child’s pants at her ankles holding the child’s legs together as discipline for running around during nap time,” it continued. “The teacher realized the error and immediately removed the duct tape. This was an inappropriate classroom management response. The teacher was disciplined by the school’s administrator in accordance with the school’s personnel policies and procedures.”

The statement alleges the school’s board of education required the teacher to attend professional training on disruptive children, which he completed.

“In addition, the incident was self-reported by the school to the Child Abuse Hotline, the State Licensing Agency and the St. Louis County Police. All agencies found no need to further investigate the situation and were comfortable with the school’s response,” the statement read.

The Days, however, are definitely not comfortable with the school’s response.

The family filed suit against the school, the church, its board of directors and numerous day care employees, alleging false imprisonment, assault, battery, negligence and civil conspiracy.

The Days are now seeking at least $25,000 for each of the nine counts outlined in the lawsuit, according to the Post-Dispatch.