TAMPA, Fla. – Parents in the Hillsborough County school district are fuming over the school board’s plans to spend more than $336,000 to upgrade the board room at a time when the district is struggling to cut costs.

A post to the Facebook page “Hillsborough County School Board Whistleblower” recently exposed an email from board member Cindy Stuart to superintendent Jeff Eakins that discusses “a designer hired to give a professional opinion regarding the paint color and set up of items in the board room” as well as money for “new frames to be purchased for the photos of students to be put up on the one wall,” WFTS reports. 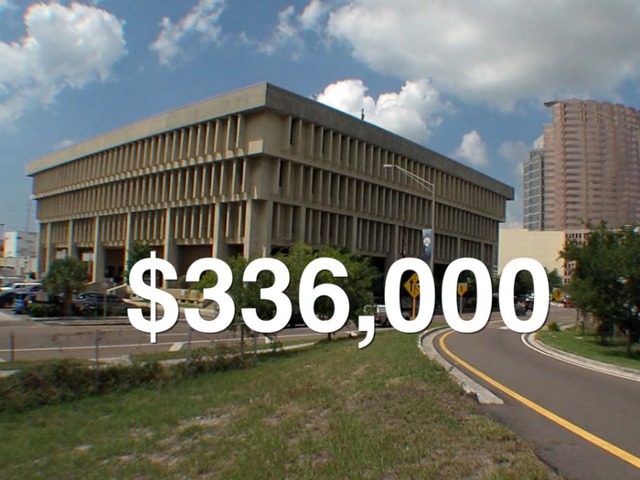 The email centered on the board’s $336,000 renovation plan for the board room that includes technology upgrades for aging recording equipment, which is used to broadcast the board meetings. District officials told the news site the equipment is 25 years old and is not reliable.

The email posted online reveals board members were concerned about the potential for public backlash with the spending, as well as plans to mitigate it.

Stuart wrote that the board needs “to be prepared with the media for conversation about the funding and dollars spent for this redo” with a scheme to “explain and protect the district and the board from any backlash.”

That’s probably sound advice, considering that the Hillsborough County School District instituted a hiring freeze in June to give administrators time to address a $107 million budget deficit for next school year, the Tampa Bay Times reports.

District leaders plan to cut the budget for substitute teachers by 20 percent in hopes of saving $3 million, and have proposed a 5 percent cut to the district’s overall payroll for a savings of about $44 million, the Times reports.

“Hillsborough also is wrestling with close to $1 billion in debt from school construction, nearly $1 billion more in deferred maintenance to air conditioners and other building components, and the prospect of spending more than $1.2 billion to build new schools in the fast-growing outer suburbs. While some existing schools are a third to a half empty, they tend to be in older neighborhoods,” the Times reports.

“With all those challenges, officials say they will need to cut or eliminate some of their programs and services, and they are trying to assess which ones produce the most benefits.”

Hundreds of Hillsborough County parents, school staff and taxpayers raged about the district’s expensive board room upgrades online, especially considering the administration’s request that they do more with less.

“I’m forced to go to the warehouse to PIECE TOGETHER ‘new’ desks for my classroom, but they can’t recycle picture frames?” a teacher identified only as Ross posted to Facebook, according to WFTS.

“This is beyond disgusting,” teacher Andrea Grim wrote. “As teachers, we’re being told to ‘tighten our belts’ and losing more money for classroom materials/supplies and they’re hiring interior designers?!

“How inept can one be that they can’t figure out picture frames and paint. This school board is disgusting and I hope all that shame feels good in your new board room.”

“I think that’s kind of ridiculous,” parent Angela Harris added. “I don’t think the schools should be asking parents for toilet paper.”

School officials told the news site the interior designer ultimately donated time for the project, and the picture frames were allegedly donated, as well.

Stuart said the district already purchased the new broadcast equipment, and defended the board room renovations when confronted by a WFTS reporter.

“For parents who say this is not the right way to spend this money, what do you say to that?” the WFTS reporter asked Stuart.

Stuart simply shrugged off the concerns and insisted the costly recording equipment is essential for district operations.

“It’s an opinion,” she said. “Unfortunately, there are things we have to spend money on to remain operational. We have to continue to operate this building to make sure the district runs.”