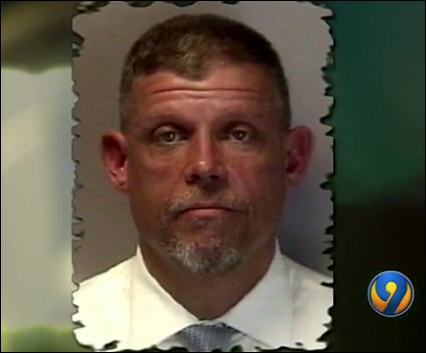 An officer who responded to the scene found the “smell of alcohol on the defendant’s breath” and evidence of damage to two vehicles near a parking spot Stiles attempted to negotiate.

“The police report said Stiles was angling into a parking spot when he banged into the side of one vehicle and then the front of another,” WRAL reports.

The incident occurred during the graduation ceremonies for Bunker Hill High School at the community college.

Employees arrested due to a drug or alcohol charge have five days following the arrest to disclose the incident to the superintendent, according to the Catawba County Schools substance abuse and alcohol testing policy.

Conviction on a “work-related” alcohol or drug charge could lead to termination or other disciplinary actions, according to the policy. 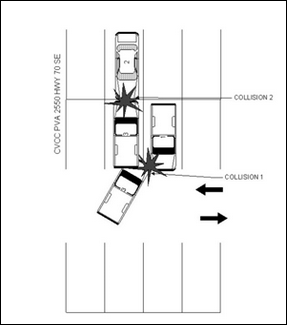 “They want us to do good stuff and then they do this?” student Nick Satts told WSOC. “It’s not a good example.

“It’s not showing any kind of role model,” she said. “It’s horrible to hear something like that.”

A WSOC reporter attempted to contact both Stiles and officials with Catawba County Schools but his requests for comment went unanswered.

WCNC published a diagram of the collision based on the police report that shows Stiles collided with the front right corner of a parked vehicle as he turned left into the parking space, then struck the front of another vehicle after pulling too far into the spot.

The news site reports the accident caused a total of about $100 in damage between the two vehicles.

Stiles was arrested for DWI and later released on bond.

He’s expected to return to face the charge in court on July 26, WBTV reports.