ASHVILLE, N.C. – Parents of a transgender kindergartner are waging a campaign to pressure the Buncombe County School Board into establishing special protections for their child and other transgender students.

The Citizen-Times is shielding the identity of the parents who claim their 6-year-old daughter Emma faced discrimination by a teacher as a kindergartner at Glen Arden Elementary School last year. 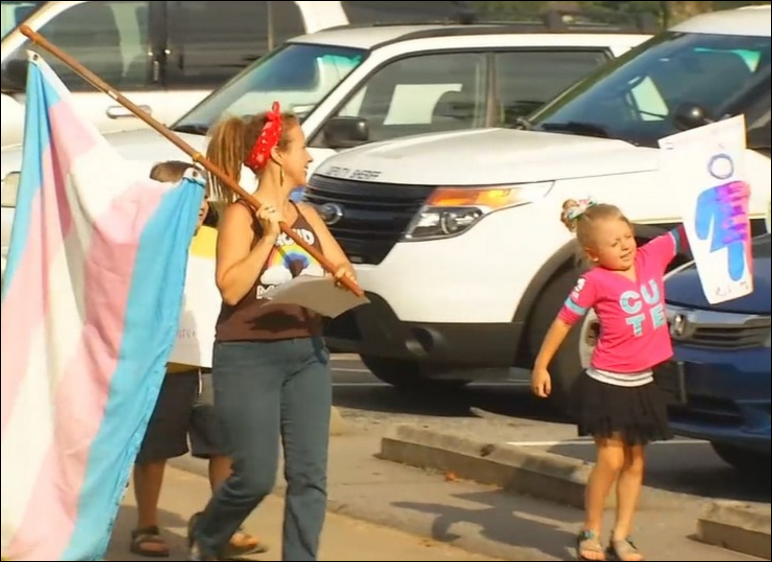 Emma was initially enrolled as Colton, as she was born a boy, but parents Amy and Kevin told school officials the child is transgender and asked staff to treat Emma as a girl.

The parents allege Emma’s teacher blocked her from the girls’ restroom and caused the child to urinate on herself on at least one occasion. A teacher at the school also insisted on treating Emma as a boy, they said.

Emma was transferred out of the class to another teacher, and finished the school year on a more positive note, but her parents are now calling on the school board to implement a district-wide anti-discrimination policy specifically for transgender students, according to the new site.

About two dozen folks attended a board meeting last week to support the parents.

WLOS identified the girl’s parents as Amy and Kevin Smith. The news site reports the family held a rally before last Thursday’s school board meeting to draw attention to their daughter’s struggles and pressure board members to take action.

Amy Smith told the news site she removed Emma from Glen Arden to enroll her in a charter school in the district, and she’s vowed to continue her fight for special protections for transgender students until the school board complies with her demands.

“And they’ll hear me every time because I’ll be at every meeting until we get this policy,” she said. “I don’t know what else to do.”

Smith contends a new transgender policy is a matter of life or death.

“I’m finding out that there’s a 41 percent suicide rate, and this is the statistic for my daughter in the group she’s in. I can’t do that,” Smith said. “I have to try to stop that.”

School board members did not take action on Smith’s request for a districtwide transgender policy.

He said the board prefers to address the needs of transgender students on a case-by-case basis.