WASHINGTON, D.C. – There has always been the accusation – and the assumption – that many labor unions have strong ties to organized crime. 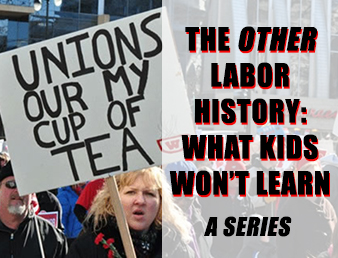 That was certainly true as early as Al Capone’s era in the 1920s.

But a 1978 report prepared for the (Jimmy Carter) White House by Peter F. Vaira went into great detail making the links between unions and gangsters.

“This is a preliminary report on the organized crime influence in the labor unions today in the United States. The picture that it presents is thoroughly frightening. At least four international unions are completely dominated by men who either have strong ties to or are members of the organized crime syndicate. A majority of the locals in most major cities of the United States in the International Brotherhood of Teamsters (IBT), Hotel and Restaurant Employees Union (HRE), Laborers International Union of North America (Laborers), and International Longshoreman’s Association (ILA) unions are completely dominated by organized crime. The officials of these unions are firmly entrenched; there is little hope of removing them by a free election process. Convictions for misconduct have been sparse and when one corrupt official is removed another soon takes his place. The result has been a complete domination of certain industries by hoodlums. Management personnel in the companies who must deal with these hoodlums have despaired of getting help from law enforcement authorities. They pay the price of labor peace so that they may survive. The cost is passed on to the consumer.

“Action must be taken to eliminate this syndicate control. Not only is this syndicate domination a national disgrace, it is a threat to the free competition to certain parts of the economy.”