BALTIMORE – Baltimore progressives want Gov. Larry Hogan to reverse his decision to appoint conservative mother and blogger Ann Miller to the Baltimore school board because they contend she’s intolerant of others.

“An effective school board member must be tolerant and respectful of Baltimore County’s increasingly diverse population and must be an advocate for all children attending public school,” Kamentez wrote.

Gustavo Torres, head of the immigration rights group Casa de Maryland, also wrote the governor to complain Miller would stand in the way of “fair and equitable access to resources and educational diversity,” according to the news site. 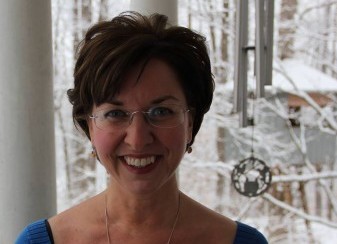 “We strongly believe in social justice for all and can’t abide her narrow-minded attacks,” Abby Beytin, president of the radically liberal Baltimore teachers union, told the Sun.

Another Democrat, Del. Stephen Lafferty, also opined Miller “has made certain judgements that are going to have a negative impact on her ability to be fair.”

Miller is a blogger for Red Maryland Network and the Baltimore County Republican Examiner who has written extensively about opposition to Common Core standards, and called on parents to opt out of standardized testing.

She has three children, one in public school, one in private school and one homeschooled.

She blogged against The Dream Act because she believed it was “not about access to college” but rather “rewarding the Democrats new voting bloc: illegal immigrants.” Miller also advocated against gay marriage, according to the Sun.

“They want social equality and have no qualms about asking the government to force it on citizens through legislation in order to achieve it,” she reportedly wrote. “They have no qualms about pushing to indoctrinate our children in the school system without our knowledge, much less consent.”

“Miller also has raised concerns about public schooling on her blog. In 2014, she wrote a post saying she had withdrawn one of her three children from public school because of the Common Core standards and they way they have been implemented. The standards have come under attack by opponents who say local school districts should have more control over curriculum,” the Sun reports.

“She has continued to blog her views on education this year. She recently wrote that school systems should not try to close the achievement gap between groups of disadvantaged students, but allow equal opportunity for all students to succeed.”

Miller also recorded a video that went viral in Sept. 2013 in which parent Robert Small was arrested for questioning school board members about Common Core and urging fellow parents to do the same. That incident drew extensive media coverage on dozens of major news and education sites and the video has racked up more than 1 million views.

Hogan spokesman Matthew Clark told the Sun the governor appointed Miller because he believes she will be “a strong advocate for change.

“She is willing to raise the important questions on issues around education in Baltimore County, and that is what members of the board are supposed to be doing,” Clark said.

Regardless, even some self-proclaimed Republicans are lobbying against Miller for speaking her mind on education and other important issues.

“A person with Ms. Miller’s philosophies should not be on a public school board, especially since she hoe schools her own children and, by her own admission, has no faith in public schools,” according to “parent of three” Hogan supporter Sarah Destromp, who wrote a recent letter to the Sun.

“Maybe I am the only one, but a glance at Ms. Miller’s blog causes me to be concerned that she will be making decisions for our students,” Destromp wrote.

Miller, meanwhile, is shaking off the criticism.

“The school board is a non-partisan position. I am not interested in talking about it,” she told the Sun. “My views are out there. People can read them. I don’t feel I need to answer.”

Miller is expected to be sworn in Monday to a three-year term on the 12-member board. She will serve as an at-large member representing Baltimore County in general in the unpaid position.