HOW LOW WILL IT GO? Chicago schools’ credit rating sinks below ‘junk’ status 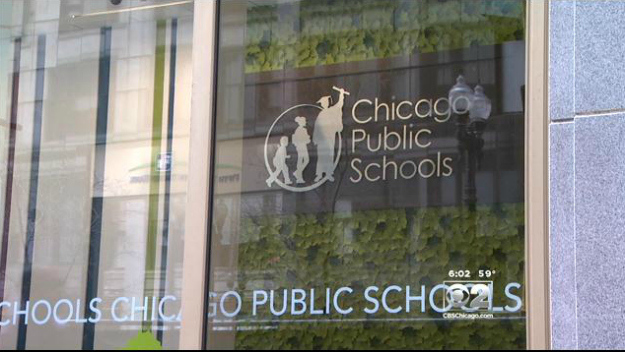 After dropping CPS’ credit to “junk” in May, Moody’s cut CPS’ rating again Monday from Ba3 to B1, and warned it could cut its rating further if the school district doesn’t correct its financial crash course, the Associated Press reports.

“The downgrade to B1 reflects the precarious liquidity position of the district. CPS has increasingly relied on market access and cash flow borrowing to maintain ongoing operations,” according to a Moody’s release.

nding that has yet to be appropriated by the State of Illinois (Baa1 negative). The lack of a state budget nearly six months into the fiscal year has delayed certain other revenues.”

The rating drop, which increases borrowing costs for the district, comes as CPS remains at odds over a new labor contract with the Chicago Teachers Union that could further increase operating expenses. The CTU is now threatening to strike if CPS does not meet its demands.

The union contract negotiations also hinge on the district’s budget predicament, which CPS officials believe can only be solved with a massive cash infusion from state lawmakers. CPS officials have repeatedly called on the CTU to help lobby lawmakers for a bailout, but the union appears unmoved.

Republican Gov. Bruce Rauner and Democrats who control the state’s General Assembly, meanwhile, continue to war over budget details, with no indication that CPS will receive a bailout any time soon. And that’s a big problem that could come with further credit downgrades in the near future, according to Moody’s.

“The B1 rating is under review for possible downgrade because CPS faces key credit challenges in the next 30 to 90 days,” according to the site. “The district is scheduled to receive a state block grant of $150 million in January 2016, which could be delayed. CPS must access the capital markets to issue long-term debt in late January. Part of the proceeds will support operating liquidity by way of principal restructuring.

“On February 15, the district is scheduled to deposit debt service payments due between June 2016 and March 2017 with trustees.”

The Chicago Sun-Times reports the credit rating drop could be critically important as the district prepares to sell more than $1 billion in bonds next month.

The Moody’s rating applies to $5.5 billion of current general obligation (GO) debt. The school district currently carries a total of $6 billion in outstanding GO debt, according to Moody’s.