PALM BAY, Fla. – A “highly effective” third-grade teacher at Palm Bay’s Columbia Elementary School was fired Tuesday, more than a year after she bit a child on his back during an altercation. 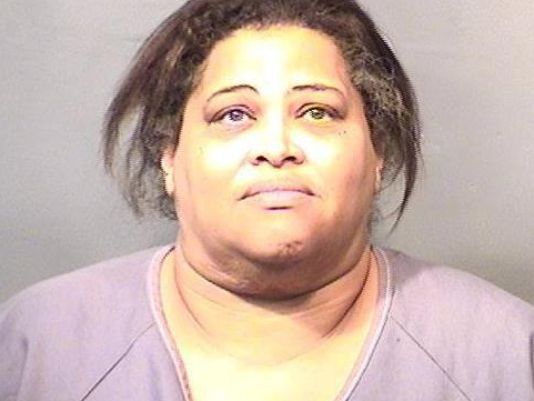 The Brevard County School Board fired teacher Karen Williams without discussion at a meeting Tuesday night, well over a year after officials placed her on paid leave in December 2015.

A special needs student told Palm Bay Police at the time that Williams put him in a “bear hug” and he bit her on her right hand in an attempt to free himself. He said his teacher then chomped down on his back “for like a minute,” which prompted him to bite her hand again, Florida Today reports.

A front office worker told police she heard the boy “screaming hysterically” over the phone and found him crying with a red bite mark on his back when she responded to Williams’ classroom.

Police examined an adult-sized bite mark on the child’s left shoulder blade and heard from students who said their classmate yelled “my back, my back” as Williams bear-hugged the child, but did not see her actually bite him, according to the news site.

Williams – who was regularly rated as “highly effective” in her annual evaluations – denied the allegations, but police arrested her on Dec. 10, 2015 and she eventually found guilty on Jan. 27, 2017 of culpable negligence that inflicts injury, a first-=degree misdemeanor.

Her sentence for the crime is unclear.

Perhaps not surprising, third-grade reading scores at Columbia Elementary are among the worst in the school district. Florida Department of Education data for 2016 shows a mere 29 percent of third-graders scored proficient or better on the Florida Standards Assessment, the Brevard Times reported last year.

The statewide average was 54 percent.

Locals who commented online were left with a lot of questions.

“So she was getting paid this whole time?” Dorothy Mancini wrote.

“Omg wtf!” Toya Davis added. “This was my daughter’s teacher!”

“How did she fricking become a teacher?!” Liz Bombardier questioned.

“Took this long to fire her?” Nadia Lestrange posted.

According to Florida Today:

Under a professional service contract, as opposed to the annual contracts that are used now, teachers can only be dismissed for unsatisfactory evaluations, gross insubordination, willful neglect of duties or conviction of a moral crime.