Homeschooling popularity ‘soars’ across the U.S.

LITTLE ROCK, Ark. – The popularity of homeschooling is exploding across the United States, far outpacing enrollment growth in public schools and other educational options.

The National Home Education Research Institute contends homeschooling is the fastest growing form of education in America, with an estimated 2.3 million students now learning at home, according to the organization’s website. 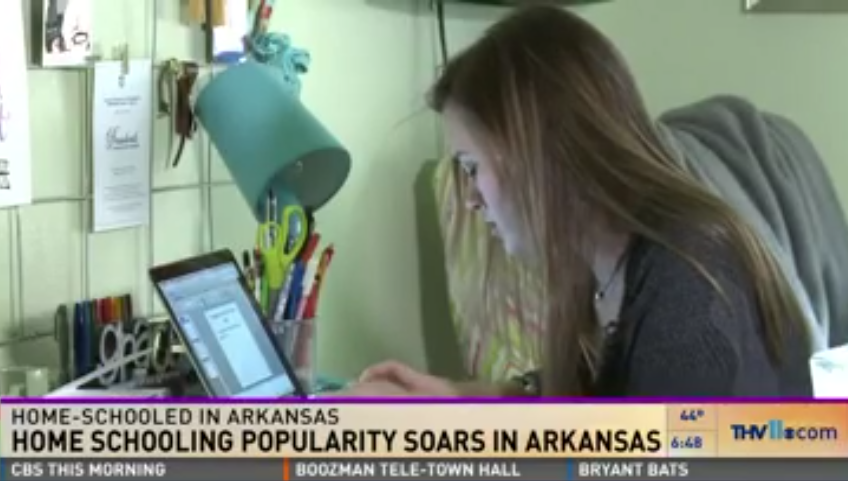 KTHV recently documented the exponential growth of homeschooling in Arkansas:

According to the State Department of Education, during the 1995-1996 school year, there were 5,755 students enrolled in home schooling. 10 years ago, that number more than doubled, with 13,814 students home-schooled. 20 years later, it has nearly quadrupled, with 19,229 students being home-schooled last school year.

Cindy Hogue, director of the state’s Office of Educational Options, told the news site the growing popularity of homeschooling shouldn’t come as a surprise.

“There is a lot of curriculum out there. There are so many support groups to help parents now. So they feel more secure doing it,” she said. “They aren’t all on their own like they used to be.”

One of those homeschooled students is senior Grace Oliver, who has learned at home with her brother since she was young, her mother, Holly, told KTHV.

“I knew she had some things that made her do her work just a little bit more slowly and with home schooling, she could do her work at her pace. There wasn’t anything school could provide that we couldn’t provide,” Holly said.

“I think, at least for me, I learned so much better being home-schooled,” Grace Oliver said.

The 18-year-old is set to graduate this year with a head start on her coursework at Ouachita Baptist University.

“She is ready to go with 31 hours of college credit and she has a scholarship to go to Ouachita. There was nothing that home school held her back from,” Holly said.

“I think I’m going to major in psychology and graphic design,” Grace said.

Hogue pointed out that public school enrollment is increasing by about 1 percent per year, compared to homeschooling at about 7 percent growth annually.

The freedom to tailor education to individual student needs is driving the trend, she said, a reality that appeals to folks for a variety of reasons.

“As far as the education that goes on, the state dictates a lot of what is being done in all the public schools,” she said. “Home schools, it is up to the parents.”

Research highlighted on the NHERI website shows “a demographically wide variety of people homeschool – these are atheists, Christians, and Mormons; conservatives, libertarians, and liberals; low-, middle-, and high-income families; black, Hispanic, and white; parents with Ph.D.s, GEDs, and no high-school diplomas.

“One study shows that 32 percent of homeschool students are Black, Asian, Hispanic, and” other non-white races.

Homeschool students also typically score 15 to 30 percent higher than public school students on achievement tests, as well as above average on SAT and ACT tests, regardless of their parents’ formal education or household income, according to the site.

And beyond student learning, homeschoolers save American taxpayers an estimated $27 billion a year in education costs.