LOS ANGELES – A recent investigation by University of Southern California’s Department of Public Safety revealed an alleged hate crime at a student housing complex is actually the latest hoax designed to smear Trump supporters as racists. 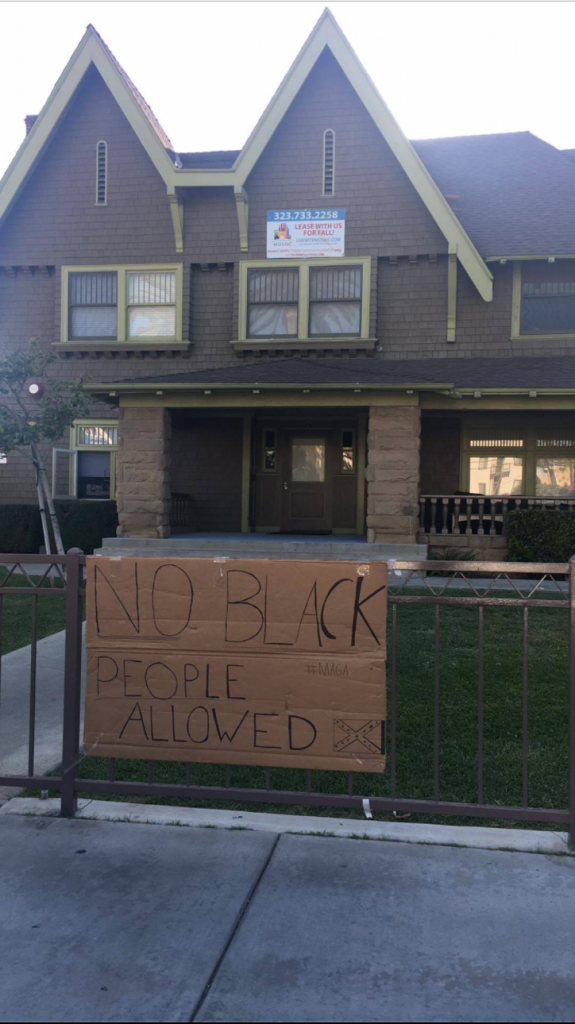 Students renting a house on Menlo Ave. recently found a cardboard sign taped to a metal fence surrounding the property that read: NO BLACK PEOPLE ALLOWED” along with the #MAGA hashtag – an acronym for Trump’s Make America Great Again campaign slogan – and a hand-scrawled Confederate flag.

“The residents of the house, who are USC students, said the sign was taped to their gate by a neighbor, a black male who is not affiliated with the university, after a disagreement,” The Tab reports.

The students contacted the Department of Public Safety, which reviewed surveillance video from the area and confirmed their story.

“According to DPS, a camera placed by the university caught it on tape,” according to the student news site. “DPS was able to identify and find the man who made the sign.”

It’s unclear exactly what, if anything, USC DPS did about the apparent hate crime, but it’s certainly not the first time anti-Trump crusaders have stooped to a hate crime hoax in an attempt to discredit their political foes.

In February, A Beloit College student was charged with multiple crimes for allegedly spray-painting his own dorm room and a nearby wall with racist and anti-Muslim graffiti then reporting the “hate crime” to school officials.

In several cases, Muslim students reported physical attacks by Trump supporters that were later revealed to be lies.

And the epidemic of fake hate isn’t restricted to college campuses.

Tucker was ultimately charged with four counts of criminal mischief over the incident.

The Associated Press highlighted a similar stunt in Leland, Mississippi, where Andrew McClinton, a 45-year-old black man, allegedly spray painted “Vote Trump” on the wall outside Hopewell Missionary Baptist Church before setting the building on fire about a week before the 2016 election.