EDWARDSVILLE, Ill. – Schools in several states are canceling classes for the total solar eclipse next month, opting to send students home for “inclement weather” instead of using the rare phenomenon as a teaching moment.

Officials in Edwardsville District 7 in the St. Louis metro area canceled classes for Aug. 21 because of safety concerns with monitoring students during the once in a lifetime event. Many folks in the U.S. will witness the moon completely block the sun for almost three minutes around 1:18 p.m. and those in the St. Louis area can witness the eclipse from about noon to 2:30 p.m., KTVI reports. 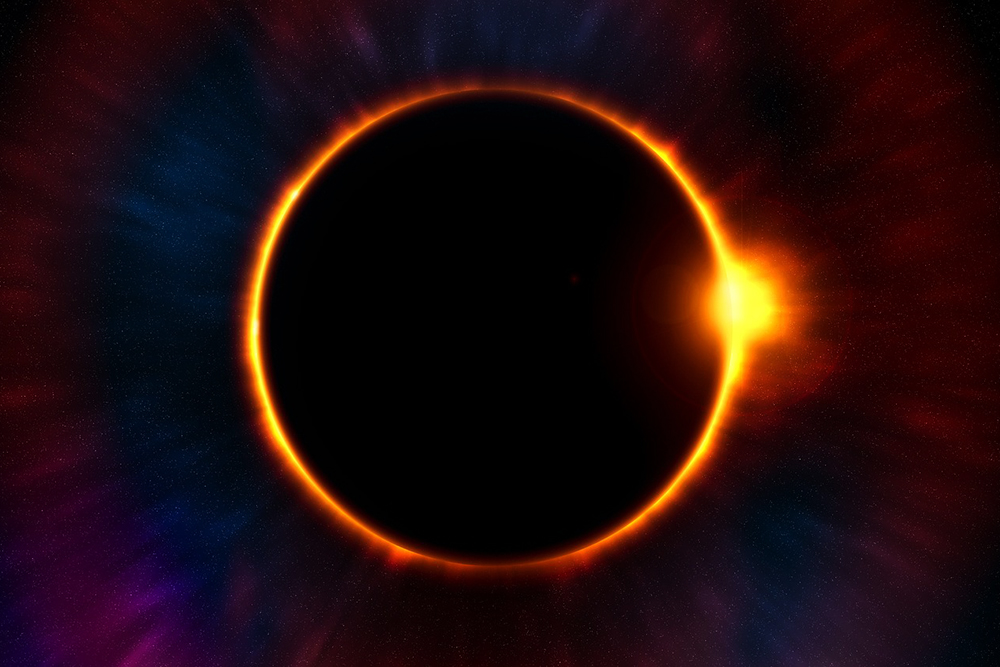 “Experts say safety classes must be worn when looking at the sun during the eclipse,” according to the news site. “Edwardsville District 7 is taking the stance that like any other environmental hazard, including snow, ice and sub-zero temperatures, the eclipse poses a hazard to students.”

Edwardsville officials contend they cannot safely dismiss students from school during the eclipse, so they canceled classes for the entire day and plan to make up the lost time at the end of the year.

Superintendent Lynda Andre told the Belleville News-Democrat that she received numerous requests from teachers for field trips and viewing sessions during the eclipse, which occurs on the fifth day of the 2017-18 school year.

Those requests, however, would require the district to train its 470 teachers about how to safely observe the eclipse, and that’s apparently more work than officials are willing to undertake. Besides, Andre said, there’s probably not enough protective eyewear for all students anyways.

“To put students outdoors during that time, we can’t account for whether they’ll look at the sun,” she said. “We will not put the students out and just hope they use safe habits until they get home to their parents.”

Andre told the news site students will still learn about the eclipse in class, and will watch NASA’s video recording of the event.

Other Illinois school districts including the Dunklin R-5, Windsor C-1, and St. Clair R-13 districts canceled classes, as well, with some pointing to a barrage of anticipated travelers coming to the area to watch the eclipse.

Knox County, Tennessee schools also canceled classes for Aug. 21 after superintendent Bob Thomas received approval from the state to close for “inclement weather,” according to the Knoxville News Sentinel.

“They’ve been working with The Muse and in their subject area groups and creating various lessons they can do so that the students know what’s happening during the eclipse and they understand why it’s such a big deal,” said Shannon Jackson, Knox County Schools’ director of curriculum and instruction. “So, they get the science behind it.”

Jackson said the district is sending packets to every student’s home with special viewing glasses designed by two students and information about the eclipse.

In other places like Triad Local Schools near Urbana, Illinois, school officials are leaving the decision about sending students to school during the eclipse up to parents.

Triad Superintendent Leigh Lewis told the News-Democrat students with parental permission slips will receive protective eyewear provided by the district to view the eclipse with teacher supervision, and parents concerned about safety can keep their children at home.

“We realize the hardship closing school might have on some households,” Lewis said. “Therefore, we prefer that parents make the choice that suits their needs.”

Mike Sutton, superintendent for Highland schools, said his district also purchased safety glasses for every student and plan to use the eclipse to bring science to life.

“We will be communicating with parents the concerns with safety and asking for permission slips prior to students taking part in any activities,” he said.